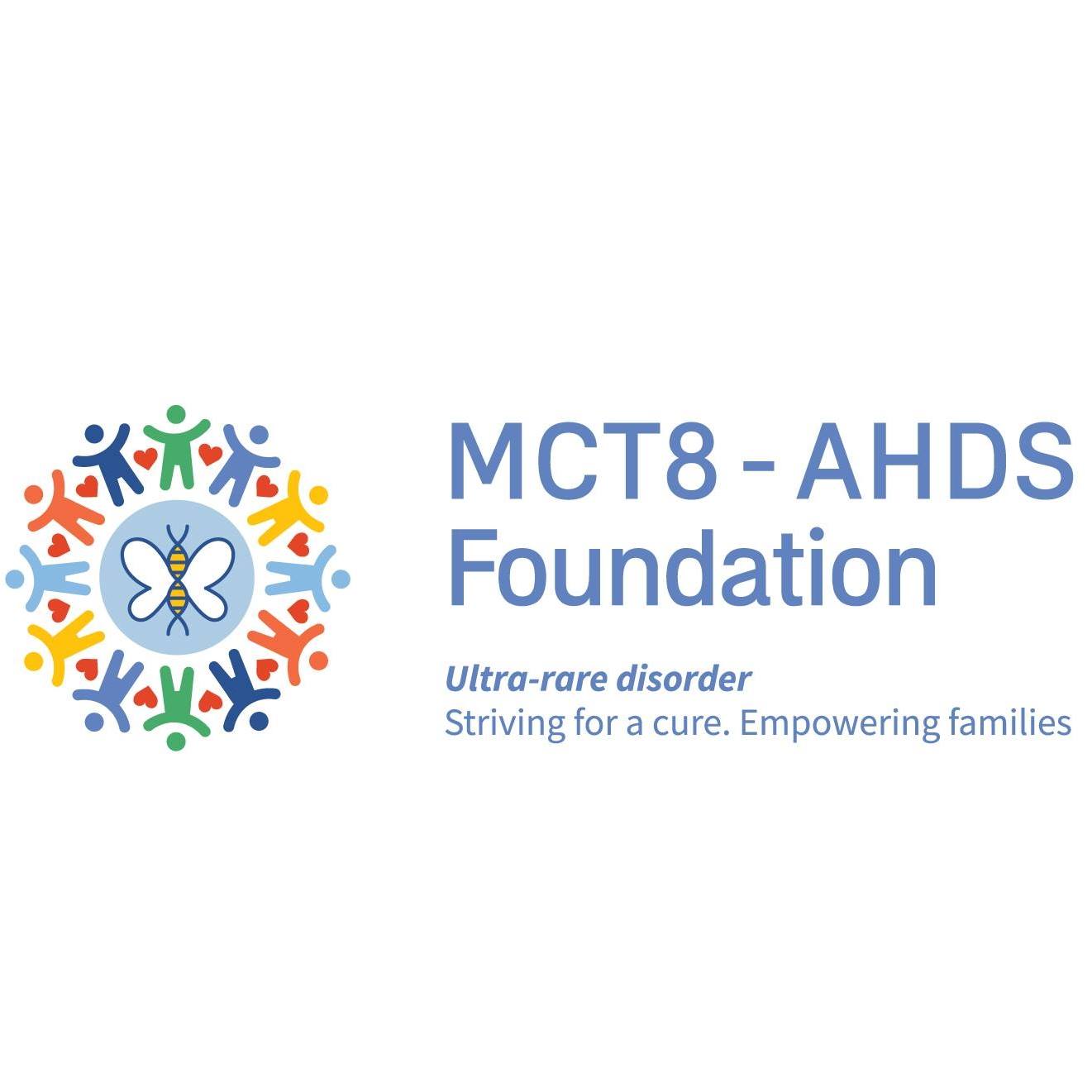 
What lead to the creation of the MCT8-AHDS Foundation?

February 9th, 2018
MCT8-AHDS Non-Profit Foundation became a member of Eurordis Rare Disease of Europe and associate membership of EURORDIS was officially approved by the Board of Officer.

October 2017
The MCT8-AHDS Non-Profit Foundation in the US was created and approved.

February 2017
During the meeting of parents at the MCT8-AHDS Symposium, it was determined a priority for parents to set up a non-profit organization. The non-profit will raise funds for needed research and education and provide support to families around the world.

2012
The first version of our logo was created in 2012. It aimed to describe all the concepts that unites the community despite the physical distances. Thus, the logo contains a butterfly, which is the symbol of the thyroid, with a body made out of a DNA strip as the condition is genetically determined. These elements are inscribed in a circle of people holding hands and hearts symbolizing the world wide coverage of the MCT8 community, the strength of the unity between its members and also the community’s purpose to bring patients and families together.

2010
The group of three dedicated moms let to the creation of the MCT8-AHDS Facebook group in order to create communication.
This group became an essential support system for families. Once a diagnosis is found, parents may become overwhelmed. Their main sources of information are internet searches or attempting to obtain answers from diagnosing doctors. Due to the disorder being ultra-rare there was, and still is, little information available online and many doctors know little about this condition.
The Facebook group continues today and allows families to support other families. A worldwide network of family members forms a large family and provides a well of support. The group enables people to find answers, express their emotions and frustrations and share their victories and challenges. In short, it enables them to connect. This is essential considering the rarity of the syndrome.

2009
The Sherman Foundation began funding medical research towards the understanding and treatment of MCT8-AHDS.
In order to improve treatment, The Sherman Foundation realized that a far deeper understanding of MCT8-AHDS pathology was required. Research needed to also be calibrated to those areas with therapeutic potential. It also became evident that the few researchers focusing on MCT8-AHDS were working in relative isolation due to poor establishment. There was no large-pharma funding potential due to the rarity of the syndrome while the highly competitive nature of researchers for exclusivity in new findings would make collaboration difficult.
To this day, The Sherman Foundation is determined to accelerate a “cure” for MCT8-AHDS by making significant funding available for treatment-oriented research. They have also founded an annual MCT8-AHDS multidisciplinary conference to increase collaboration and creative thinking between the key international researchers. The focal areas and achievements have been varied (per our multidisciplinary approach) but united in striving for improved treatment possibilities. This approach also addresses the need for multiple research platforms necessary when seeking (FDA) approval for specific drugs or treatment procedures.

2005
A group of three dedicated mothers, together with a researcher and the assistance of Greenwood Genetic Center, created the first MCT8-AHDS website. The site helped bring needed awareness to this extremely rare syndrome. The site told their personal stories and gave other parents who were seeking a diagnosis for their son, or had recently received one, information, support and medical contacts.